Me: It's from the Hunger Games.
Mom: Oh, I should have known is was something Californian.
Me: 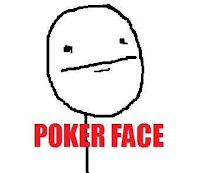 Email ThisBlogThis!Share to TwitterShare to FacebookShare to Pinterest
Labels: Funny things my mom says or does without knowing she's being funny 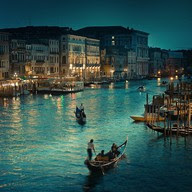 Day Zero #80 - Go without coffee for one month.

Ever since I found out I was pregnant I stopped drinking coffee - well all caffeine for that matter.. That was on January 16. Even after the pregnancy ended, I had no desire to drink coffee. When I checked the date today. I realized I had gone over a month without coffee. It was a task that I didn't think I could do and now all of a sudden, it's done.

I have replaced coffee with tea (decaf) and I don't miss it. Even after a couple trips to Starbucks, I've found to really enjoy their vanilla bean fraps. 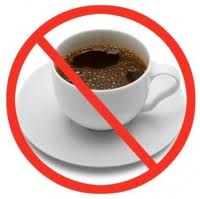 Day Zero #88 - Get pregnant/The story of my loss

Here is my story about how I got pregnant but didn't have a baby. It's a personal story with a lot of the gory details omitted, but some details you can't just leave out. Consider this your TMI warning.

Around January 8 (or so, I don't know the exact date) I started having cramps. They felt just like menstrual cramps and I thought that time of the month would be happening soon. The cramps continued throughout the week, but my cycle had never started. January 15 - Sunday night - the cramps were so strong that I woke up though the night. January 16 - Monday morning - I decided to take a pregnancy test to "rule it out." Having PCOS makes for irregular cycles so it's nothing for me to be late, and not be pregnant. To our shock, it was positive. We were happy, excited and thrilled, but I was still cramping so I called the doctor.

I spent the rest of the day and half of the next day worried that something was wrong. Around 1:30pm on January 17, the doctor called and told me to go right to the ER. I called my husband immediately and we both went to the ER. After spending over 9 hours and had multiple tests and exams in the ER, it was determined that I was pregnant and everything was fine. We had a follow up appointment with the doctor the next day.

January 18 - Wednesday morning - we were in the doctor's office for more tests and exams and still everything seems fine. January 19, I had a second beta test. The results come back that they increased but did not double like they were supposed to. Not even close. But they did go up. I had hope. January 20, we were back in the doctor's office where we heard for the first time that my pregnancy was probably not viable. Hearing those words - hearing those words - I will never, ever forget it. I will never forget holding back tears while I waited for her to finish explaining it to me. I will never forget the look on my husband's face as he looked at me to check to see how I was doing and jumped up to hold me. The second his arms were around me, I lost it. I couldn't hold back the tears any longer. I will never forget that.

During the next week, we had a series of blood tests and ultra sounds. Betas kept rising but not by much. Ultra sounds were inconclusive. They could never find a heartbeat.

Then on January 26 - 10 days after finding out we were pregnant - a beta test came back with the numbers falling. We lost our baby. On January 31 and February 1, I miscarried naturally at home. In the following weeks, the cramps and bleeding subsided and my betas continued to drop down to 1.

This is certainly not the way I wanted this post to go. I have cried my eyes out, I've blamed doctors, I've blamed myself, I was angry at the world.

This is nothing so callous as to cross something off of my list. It grieves me. It brings me great pain. There are millions of women who have gone through a miscarriage and pregnancy. My story isn't anything special but it empowers me to talk about it. It empowers me to prove to the world that I have nothing to be ashamed of. It's heart breaking but it's also extremely common. One-third of pregnancies in the United States ends in an unplanned loss each year. One in four woman will experience at least one pregnancy loss during their life. One in four. I didn't do anything wrong. I don't drink, smoke or do drugs. I take care of myself. I didn't do anything wrong. I have no reason to be ashamed of my loss. I have no reason to keep it a secret.

We won't give up hope. We will try again soon and someday I will have my take home baby. Someday I will hold my child in my arms experience the highs and lows of parenthood. Someday, I will.
Posted by Nikki at 1:18 PM 6 comments:

On December 17, 2011, my sister, Dana, graduated from college. I flew home a day early to go to her graduation ceremony and it's something I will never forget.

I am so very proud of her and I know she will make a wonderful social worker! 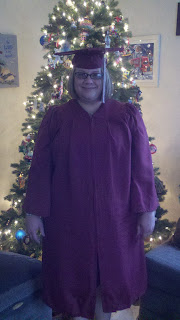 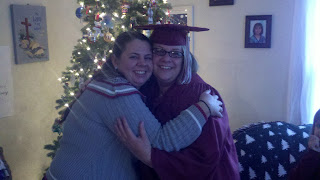 Well, I got 50k words which makes me a NaNo winner but my book is not finished. It's about 80% finished and now I just to sit down and type out the rest of it. 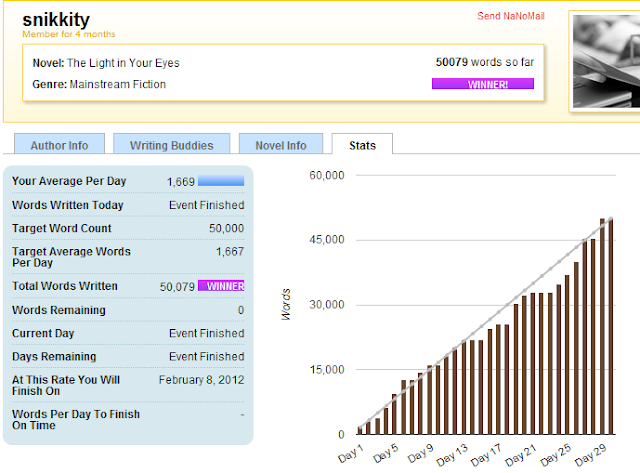 WINNER!
Participating in NaNo was a lot of fun and something I would do again. Looking forward to next November!
Posted by Nikki at 11:16 PM No comments:

Getting back on the proverbial horse.

And I shall name my proverbial horse Pippin because 1) I just plain love that name, 2) Pippin is my favorite hobbit from Lord of the Rings, and 3) my dear friend, Haley, has a horse named Pippin and I just plain love Haley and her horse. I was never the girl who wanted a pony. I've never ridden a horse. I can count on one hand the number of pets I've pet a horse, but for this illustration my horse will be brown, very friendly, and named Pippin.

It's been a while since my last blog post. A lot has happened. Some good, some bad and I just went through one of the phases in life where you just can't imagine doing one more thing at the end of the day. Hence why I've neglected my blog for about 2 months.

I've also started my new Book List for 2012. Click here to see that but I can save you some time and tell you that nothing is there. Yet. But check back. I'll fill it up.

As for everything else that happened, I will blog about it so just check out the latest blog posts.
Posted by Nikki at 10:49 PM 1 comment:

Nikki
I live in southern California, but an east coast girl at heart. This is a blog about life. My life. It won't always be about the same thing because life takes different shapes.